Bombay Beach," earned the UNANIMOUS VOTE of the 2011 Tribeca Film Festival Jury for its "Beauty, lyricism, empathy and invention,"

THE ASSOCIATED PRESS "Arguably the hit of the festival, Alma Har'el's lyrical debut was the unanimous jury choice. Many fictional films try to portray dignity in rural decay, but the authentically poetic "Bombay Beach" is the real deal."

TERRY GILLIAM “A beautiful, quirky, and ultimately very moving elm about the American Dream as it teeters on the edge of a desert sea.”

NY TIMES "A mosaic that evokes the three ages of man in a postapocalyptic America."

VIMMOZ "Alma Har’el’s hauntingly gorgeous “Bombay Beach” really is as astounding as everyone says. It cannot be missed, and is! A true turning point in how we see documentary film. It’s going to be a milestone!"

INDIE WIRE REVIEW: (A) By Eric Kohn "The power of fantasizing as an expression of hope!" Har’el’s work contains an otherworldly dimension not unlike Gilliam’s oeuvre - both dreamlike and intimately familiar.

TIME OUT NY "The movie constantly upends all the usual nonfiction tropes!"

INDIE WIRE - SPOUT "A documentary that is as much MTV as PBS" "An awesomely fresh piece of cinema!"

WALL STREET JOURNAL "Step out of the regularly scheduled documentary and into something like a musical //!one of the more original ideas in a festival that prides itself on a roster of music-themed films"

DVD TALK "I've never seen a film quite like it. This is a compliment, when was the last documentary that was this beautiful to look at?! This is an extraordinary film."

SUEDDEUTSCHE, Thorsten Schmitz "...With Har'el the people dance as if their lives depend on it. In Bombay Beach Alma Har’el let’s herself drift away with her video camera as she lifts the people onto a stage. She thereby manages to take us to a cosmos we’re afraid of.”

FILMANZEIGER “This documentary turns out to be a strikingly great, strong visual portrait of people at the literal edge of all social margins of Western societies. In the middle of a film festival of 385 films, with Alma Har'el's BOMBAY BEACH there's suddenly a cinematic gem, whose charisma and sustainability makes us forget most of the Berlinale this year and in recent years completely.”

i-D MAGAZINE "Alongside beautiful cinematography is an exceptional soundtrack"

THE NEW ZEALAND HERALD “A seriously wunderbar documentary....!it's a fine time for an audience - with a fantastic soundtrack too!”

BERLINALE CRITIC CIRCLE. N. Deigman “It will remain valuable as a piece of art, and as a recording of an important American story; but in its very production it was a valuable community service to the people of Bombay Beach.” “It is a bizarre amalgam of Busby Berkeley, Michel Gondry, and Harmony Korine... purists might prefer a more distanced and clinical approach to the subject matter, but Har’el has created a new way of dealing with a documentary subject.”

EYE FOR FILM “...makes you consider the reality that, of course, the lives and aspirations of thos captured here run much more deeply than a documentary can ever show.”

INDIE WIRE - SYDNEYSBUZZ “I was transported by it and I guarantee that it will transport you too.”

INDIE WIRE - THE PLAYLIST - (A) “Alma Har’el‘s debut feature showcases an assured talent, especially in areas that a lot of documentaries tend to over look, particularly cinematography and the soundtrack. “Bombay Beach” offers a sincere look at people that are rarely given this amount of attention in the film world.” 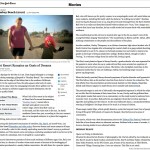 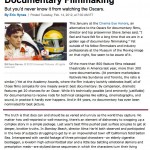 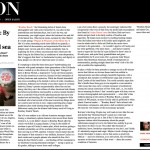 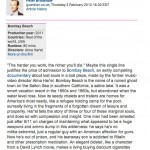 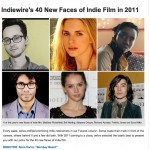 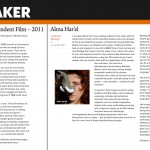 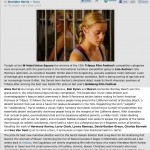 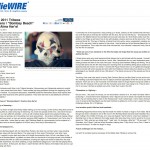 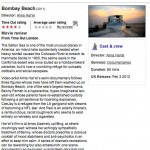 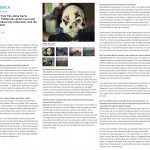 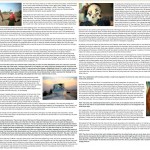 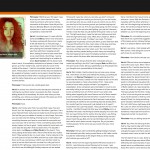 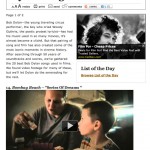 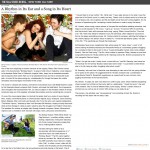 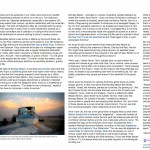